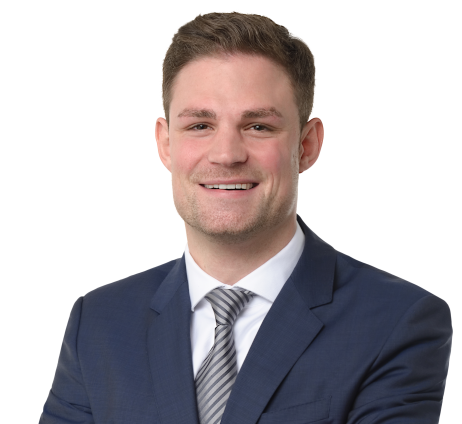 Daniel Hußmann advises in different areas of private commercial law. He is specialised in trade and corporate law and advises on IT and IP law issues. Another focus of his work is data protection law.

In addition to conducting lawsuits, Mr. Hußmann is specialised in extrajudicial counselling. In this function he advises large/medium-sized companies and start-ups in their day-to-day business as well as in the planning and implementation of major projects (e.g. in the area of M&A).

Daniel Hußmann studied in Düsseldorf, Hull (England) and Münster, where he specialised in information, telecommunications and media law.

After his first state examination, Mr. Hußmann worked as a lecturer for the legal coaching institute „Jura Intensiv“ in Münster and as a research assistant at the major German law firm Luther in Essen. During his legal clerkship, he worked in the IT/IP department of the international commercial law firm Freshfields Bruckhaus Deringer in Düsseldorf and at the legal department of his hometown Essen.

After his second state examination, Mr. Hußmann began working for KÜMMERLEIN in 2017. Since 2019 he is a registered lawyer.